You Should Have Told Me

Did you ever have something big and brown and beautiful appear out of nowhere and just come up on you?  What did you do?  Cassie slept with him.  And after she woke up, she tried to run away, but she didn’t get very far. 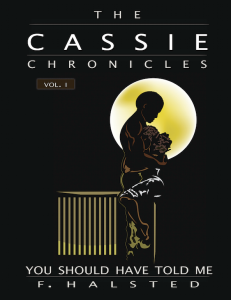 Cassie was doing all right.  Singing for a living, making money and having a good time with her job and her friends.  Sweet apartment on the upper West Side, and all the designer shoes she could buy.

And he was in love.  There was only one course of action for a man like Richard to take. Make her love him, stay with him forever. And with a grand, romantic courtship and blowout sex, Cassie was coming around.

Richard was fine.  Big, brown and so fine.  And sexy, so very male. She didn’t want to, was sure it was a mistake, but couldn’t stop herself.  Next thing she knows, she’s all caught up and in love with the one man she’s sure is going to break her heart.

Cassie was delighted when her unions went on strike, and Richard decided to take time off to be at home with her. One problem …. what to do on their “stay-cation”. She wanted movies and ballroom, he wanted a sex marathon. One game of Jeopardy later, and Richard was in full control with Cassie at his beck and call for five days, and loving every minute of it. Whatever he wanted, whenever he wanted. Lucky for Cassie, Richard didn’t let sex get in the way of love and romance, and they were having a very good time. 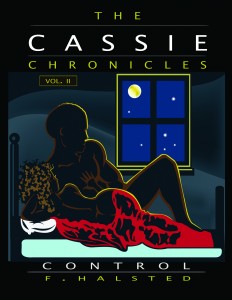 A good time until Richard left for four days in L.A. on business.

And Cassie was OK with that, at first. Until things started going wrong. When she couldn’t reach him at the hotel, she got a little annoyed and wondered where he was. Had he run into that model? The one everyone said he should have married. When he didn’t call her back, she started to be concerned. When the alarm went off, she got scared. And when he got back, it only got worse.

There’s nothing worse for love than betrayal. When you find out all the things you believed in are gone. What do you when you lose the trust? How do you get it back?

Where’s Richard when you need him?

Cassie and Richard had weathered obstacles that could have broken them, ruined them forever. They’d made it through lies and omissions, and had navigated some very rocky terrain to get to trusting each other. So that summer they thought they were golden, and settled in for “the happily ever after”.  She met the family, they enjoyed a birthday together, and there was the most romantic celebration of their first anniversary, put together by Richard solely to make her happy. 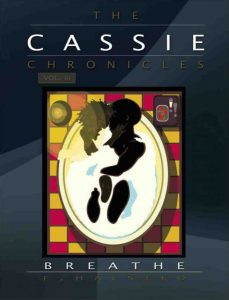 They felt they had resolved their issues and had gotten comfortable. Thought they had complete understanding, were truly in sync. Ignored the cracks in the veneer. Her worrying about losing work and money, her identity. Him wanting her to be pregnant yesterday and stay at home.

All of a sudden, little things cropped up. Indications that all was not as well as they thought. That maybe they weren’t on the same track after all. Other people interfered, and the doubts started to grow. Not to mention watching Linda and Garrett disintegrate. Their best friends, coming apart at the seams, doing things they really shouldn’t be doing.

It’s the hardest part about being in love. Do you ever really know someone? What they are truly capable of? Can even the deepest love and sexual intimacy survive the greatest betrayal of all?

The third segment of the Cassie and Richard love saga explodes when their relationship faces it’s harshest test.

Finally, after much turmoil, Cassie and Richard are totally on the same page.
Living together, busy being in love.. busy having a ton of the best sex ever. 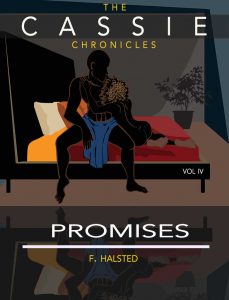 Their best friends are happy, although exhausted from baby duty, and the extended family is doing fine. So, what’s the problem? The boys are on edge about making money, and enter into a business relationship that’s too good to be true. Not mention the tall brunette who wants more than “hello.”

Promises are broken. What follows next makes a hot mess of the holidays. For everyone. Somebody’s got to fix it, fast. Lives depend on it. All anybody wants is a Merry Christmas…. and a lot of really good sex.

Join Cassie and Richard in their ongoing search for the perfect life, in this the fourth and final volume of The Cassie Chronicles, “Promises.”