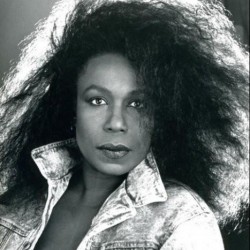 My name is Vivian C Cherry. Also known, in some neighborhoods, as F. Halsted, my alter ego who has authored “The Cassie Chronicles” on my behalf.

Short story version. Only child and nowhere near spoiled, except for what I’ve managed to do to myself. Always into music (piano and singing), pretty athletic, thought I could dance. Graduated high school and college. Political Science major at Wellesley College. Skipped graduate school to go straight to work at an insurance company. Hated it. But, I got lucky and for one time only, was in the right place at the right time with the right people. And, a singing career was born.

For the next thirty odd years, I sang on commercials (TV and radio), recordings (background and the occasional lead), several movie soundtracks. I worked TV shows, concerts and a few off Broadway plays and musicals. Did showcases. Had six songs recorded by artists and made $612.00.

Recorded myself and made no money. But, I had a really good time doing it. Met and hung out with some fabulous people, and got to work with a large number of musical geniuses. Those people in the background, whose names you’ll never know. Had a couple of career ups and downs, but mostly, it was a spectacular time and way to make a living. Until the collision.

I say collision as opposed to accident, because I was broadsided by an asshole driving a borrowed Suburban, trying to run the red light and get somewhere two minutes faster. As a result, I get to spend the rest of my life with diminished leg function, pretty much trapped in my wheelchair (the Permobile C300, Cadillac of power chairs, although it’s maintenance record is a lot more like a Jag).

Anyway, everything changed. I was able to sing in an extremely limited way for a few years. Then, that came to an end. Identity crisis, depression, isolation, bitterness, rage, dependency and loss………. Disabled.

Writing “The Cassie Chronicles” started as a little something to do, but it has given me something else to focus on, other than the state of my life. It’s my first writing attempt and I have to say, it’s been fun and a great creative outlet. Not as much as singing, but damn close in other ways. For me, Cassie and Richard are the absolutely perfectly imperfect couple. They have equally large virtues and flaws, and the meat of their relationship is how they work through all of it. Mostly, it’s my own little fantasy of how I’d have liked things to go, with the person I got in bed with every night.